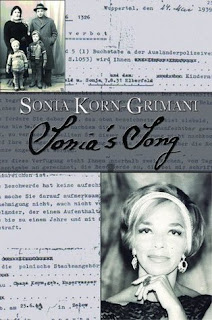 In Troubled Times, a Song of Hope At the age of seven, during Hitler's rise to power, Sonia Korn-Grimani was officially declared an enemy of the German State. After a perilous escape to the Belgian border, she witnessed the chaos and carnage of the Battle of Belgium. She lived with her family in the shadows, fleeing and hiding from persecution until being placed in an orphanage. There she lived with more than twenty other Jewish children, all disguised as a Catholic orphans, and all kept near starvation.

Sonia forged triumph out from these tragedies with unshakable tenacity and beguiling charm, a life chronicled in the new book Sonia's Song. She sang to the delight of audiences throughout the world, became an international sensation of radio and television, tutored French to a Queen, and was named a Chevalier by the French Government.

Sonia's Song follows this remarkable woman's transformation, starting from her childhood in Germany and Belgium in the 1930's and 40's, continuing post-war to Australia and Malaysia, and touching on her life in modern France and the Americas.

"Sonia Korn-Grimani has told the story of courage and the incredible indomitable spirit of a mother who refused to have her children become victims," said Congressman Tom Lantos about the foreign-language editions of the book in 1999. "As a Holocaust survivor, myself, I lived many moments of this powerful tale. The sights, sounds, and smells were very real."

As current events remind us, morality and the fundamental convictions of individuals are severely tested by the chaos of war. At a tender age, as Sonia witnessed the horrific struggles of Jews, she was confronted with the complex philosophical question: is a person who saves lives while exploiting them praiseworthy? This dilemma is one of many in this compelling narrative, where innocence and evil battle for control. Sonia's Song is the complex, true story of one refugee's success over all odds, and shows us how heroes may not always be what they seem.

Sonia is Holocaust survivor. Sonia’s Song is not about the camps that so many people were shipped off to and slaughtered. Sonia’s Song is an adventure of survival in a world full of fear and death. Sonia Korn-Grimani tells of her life from the age of three to present day.
I felt part of Sonia‘s life while reading. I had no right to feel part of it as I will never know the pain that Sonia experienced as she grew up in a world full of WAR.
I balled my eyes out. It hurts my heart to see how the world was. There are many photographs in Sonia’s Song that brings the book so much closer to reality as you get to know each new person and place.
This book brings a new view to the world of survival during troubled times. If you read it you will be taken back in time, and truly get to know what Sonia has gone through and how she and her family physically survived the Holocaust. 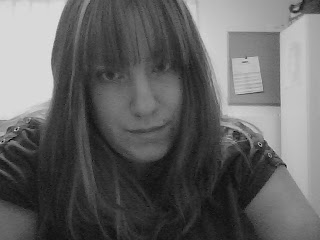