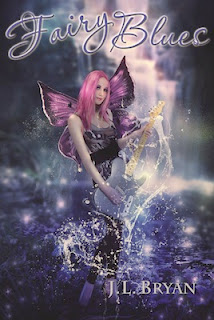 
The sequel to Fairy Metal Thunder. With their enchanted instruments charming the crowds, the Assorted Zebras attract interest from record producers, and soon they’re off to cut their first album and music video. Jason and his friends don’t know they’ve just become pawns in a sinister plot by a cabal of evil fairies... Meanwhile, Aoide and her band pursue a new strategy for regaining their stolen instruments, one that will take them into the most haunted region in Faerie.

Posted by JessicaRaexox at 15:29 1 comments