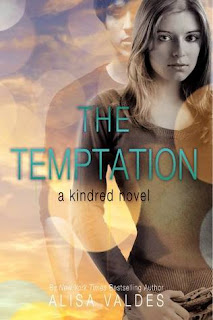 His touch was electric.
His eyes were magnetic.
His lips were a temptation....
But was he real?

After crashing her car on an empty highway, Shane is miraculously saved by Travis, a mysterious cowboy who walks out of nowhere. She is instantly attracted to him, and for the first time, she believes in “soul mates.” But Shane soon discovers that Travis is dead and that strict rules from the Underworld govern kindred spirits of different dimensions. Breaking these rules could destroy both their souls. And while Travis is almost impossible to resist, temptation proves to be the kindest enemy they encounter. Can true love surpass the power of pure evil? Part love story, part supernatural thriller, this first book in the Kindred trilogy will leave readers lusting for more!