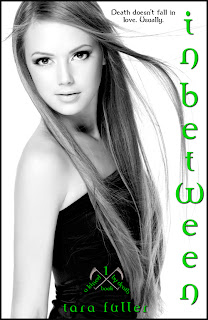 Since the car crash that took her father’s life three years ago, Emma’s life has been a freaky—and unending—lesson in caution. Surviving “accidents” has taken priority over being a normal seventeen-year-old, so Emma spends her days taking pictures of life instead of living it. Falling in love with a boy was never part of the plan. Falling for a reaper who makes her chest ache and her head spin? Not an option.

It’s not easy being dead, especially for a reaper in love with a girl fate has put on his list not once, but twice. Finn’s fellow reapers give him hell about spending time with Emma, but Finn couldn’t let her die before, and he’s not about to let her die now. He will protect the girl he loves from the evil he accidentally unleashed, even if it means sacrificing the only thing he has left...his soul. 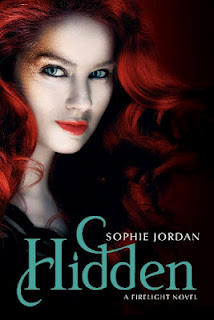 Jacinda was supposed to bond with Cassian, the "prince" of their pride. But she resisted long before she fell in love with Will—a human and, worse, a hunter. When she ran away with Will, it ended in disaster, with Cassian's sister, Miram, captured. Weighed down by guilt, Jacinda knows she must rescue her to set things right. Yet to do so she will have to venture deep into the heart of enemy territory. The only way Jacinda can reach Miram is by posing as a prisoner herself, though once she assumes that disguise, things quickly spiral out of her control. As she learns more about her captors, she realizes that even if Will and Cassian can carry out their part of the plan, there's no guarantee they'll all make it out alive. But what Jacinda never could have foreseen is that escaping would be only the beginning.... Loyalties are tested and sacrifices made in the explosive conclusion to Sophie Jordan's Firelight trilogy.