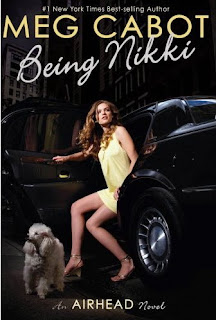 Rating: ♥♥♥♥♥
Em was sure there couldn't be anything worse than being a brainiac the body of a teenaged supermodel.
But it turned out she was wrong. Because that supermodel could turn out to have a mother who's gone mysteriously missing, a brother who's shown up on her doorstep demanding answers, a former best friend who's intent on destroying Stark Enterprises to avenge the death of his lost love, and a British heartthrob who's written a song about her that's topping the charts.
How can Em balance all that with school, runway shows, and weekend jaunts to St. Johns - especially when she's got ex-boyfriends crawling out of the woodwork who want more than just a photo op; a sister who is headed to the high school cheerleading championships; a company she represents that seems to be turning to the dark side...
Not to mention trying to convince the love of her life that models aren't really airheads after all...especially one model in particular.
But then, nobody said it was going to be easy being Nikki.
The Airhead series by Meg Cabot, I have to admit, starts out a little weird in the first book. This series is sssoooo good though! Once I started reading the first book I got right into it and finished it fairly quickly. Then I had to wait for the next two books to come out and when they did I read them in no time! I got so attached to Em Watts who basically becomes Nikki. I love everything Meg Cabot has written, but this is definitely one of her best!