♥Win a signed copy of Fields of Elysium by A.B.Whelan♥ 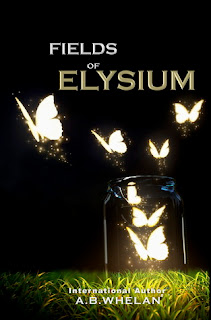 How can love mend a heart full of hate?

Small town girl, Molly Bennett, moves to Los Angeles where she becomes an outsider while attending Beverly Hills High School. It seems life cannot be any more dreadful. Then one day after school, something magical happens. On a secluded hike in the Hollywood Hills, Molly chases her disobedient mutt and only friend into a hidden cavern. She stumbles upon a strange glimmering gateway that transports her to Arkana, a planet that is the cradle of an advanced human race. There, teenagers navigate amazing flying vehicles, compete in perilous games for glory, and possess supernatural powers. While Molly tries to wrap her mind around this unbelievable discovery, she meets the alluring and mysterious Victor Sorren. He is a Sentinel Apprentice, whose hatred toward people from Earth is beyond understanding. Yet every time Victor unpredictably saves Molly's life, his heart draws closer to hers, no matter how much he tries to fight against it. It further complicates things that their growing friendship is strictly forbidden. Earth people are prohibited in Arkana, yet Molly continues to cross through the portal to Arkana to see Victor. Torn between their double lives, they go down a dangerous path, from where there is no return and multiple endings.

Would you fight to be with the one you truly love? What cost would you be willing to sacrifice for that love?

Fields of Elysium is a suspenseful romantic tale full of forbidden secrets, unimaginable danger, deception, and the never-ending fight for true love.

Must be a GFC follower on this blog (Addicted To Novels)

Follow/Like the author's pages below (4 points added for each):

a Rafflecopter giveaway
Posted by JessicaRaexox at 19:17 13 comments 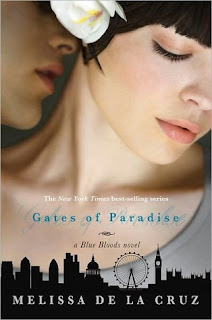 Schuyler Van Alen is running out of time. The Dark Prince of Hell is storming the Gates of Paradise, intent on winning the heavenly throne for good. This time he has his greatest angels by his side, Abbadon and Azrael—Jack and Mimi Force, as they are known in the Coven.

Or so he thinks. Even as Lucifer assigns Jack and Mimi the tasks of killing their true loves, the Force twins secretly vow to defeat the Dark Prince once and for all. But how far will Mimi and Jack go to conceal their real loyalties?

Meanwhile, former vampire Bliss Llewellyn has joined forces with Lawson, the greatest wolf of the underworld, to free his people from their imprisonment in Hell. As they struggle against impossible odds, an ancient message, woven into the very fabric of time, reveals just how much depends on the success of their mission.

Lucifer seeks the key to the Gate of Promise, and when Schuyler is taken captive and delivered straight to Hell, she must make an unthinkable choice—the same one the archangel Michael was forced to make during the Crisis in Rome. Will Schuyler find the strength to do what he could not?

The epic, heartbreaking Blue Bloods series comes to a close with this final novel about staggering courage, unbearable sacrifice, and the immortality of true love.

"You made a sacrifice and Heaven rewarded you."-Gates of Paradise

I literally just put this book down and even though I loved it, I've been left a little unsatisfied and confused. Really Melissa De La Cruz, THIS is the LAST bluebloods book?!

Though many things came together, I was still left with questions and a big gaping hole.

*MAY CONTAIN SPOILERS BELOW*

First off, near the end of the "big battle", Oliver showed up all bloodied and wounded with a sword in his hand, Schyuler goes all "omg he's gonna die, he's only human, what is he doing here?". And that, my friends, is an excellent question that was never answered. I kept reading expecting to get some explanation as to what he was doing there and why he was all bloodied and carrying a sword, but it never came. It's the last book. Yes, I'm a bit miffed >:( Secondly, at the VERY END OF THE BOOK, Oliver is apparently now a freaking vampire. When. did. this. HAPPEN?! Seriously, this 'final book' better be a joke. There is no way any sane person can leave it at that with nothing else in a final book. Unless I completely missed something?!

I also felt like Melissa De La Cruz set up another possible story for Schyuler and Jack, it was probably supposed to be an end, but it sounded more like a beginning. So MAYBE Melissa plans on writing some sort of spin-off series with these three particular characters? I sure hope so. Then there was the "Great Battle". There was all this build up throughout the book about it, but it was only a few pages long, it was so rushed, I feel like it wasn't written with the care it should have been. I also would have liked to know more about what happened with the wolves during and after the battle, but maybe that will be in the second 'Wolfpact' book? Again, it was rushed, but mostly just the last half of the book.

Other than those points, I actually really enjoyed Gates of Paradise. The last few books have been okay, but this book really went back to it's original roots, having the same feel as the first 3 books, which were my favorites. The other books between the first 3 and this one felt more like filler books than anything. Overall I LOVE the Bluebloods series and I'm super sad that this is (supposedly?) the last and final book in this series. I really enjoyed how Melissa wrote about the wolves in this book, especially since I had read 'Wolfpact' a while ago, so I already felt like I knew these new wolf characters, and liked how they emerged into an already familiar world that Melissa had created with the Bluebloods series years ago.

Ugh, I'm just not ready to let this series go!

Posted by JessicaRaexox at 16:30 6 comments