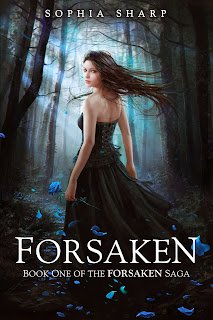 Published December 13/2013
Puchase for only 99 cents! It's also available on the Canadian and UK Amazon sites
Goodreads

Nora Colburn was perfectly content in life. A junior in high school, she had good friends, a great family, and did well in school. Nothing particularly exciting ever happened where she lived, and everything was stable.

But that all drastically changes when a new student arrives at Nora’s school. Wild rumors swirl about his past, and Nora becomes determined to find out the truth.

As she gets to know the mysterious student, he shares with her an ancient secret... one that may yet put both of them in grave danger.

And for the first time in her life, Nora is exposed to a completely unfamiliar world. She is swept away on an exhilarating journey that takes her to a place where romance and great destiny may yet await... and where supernatural powers run wild.